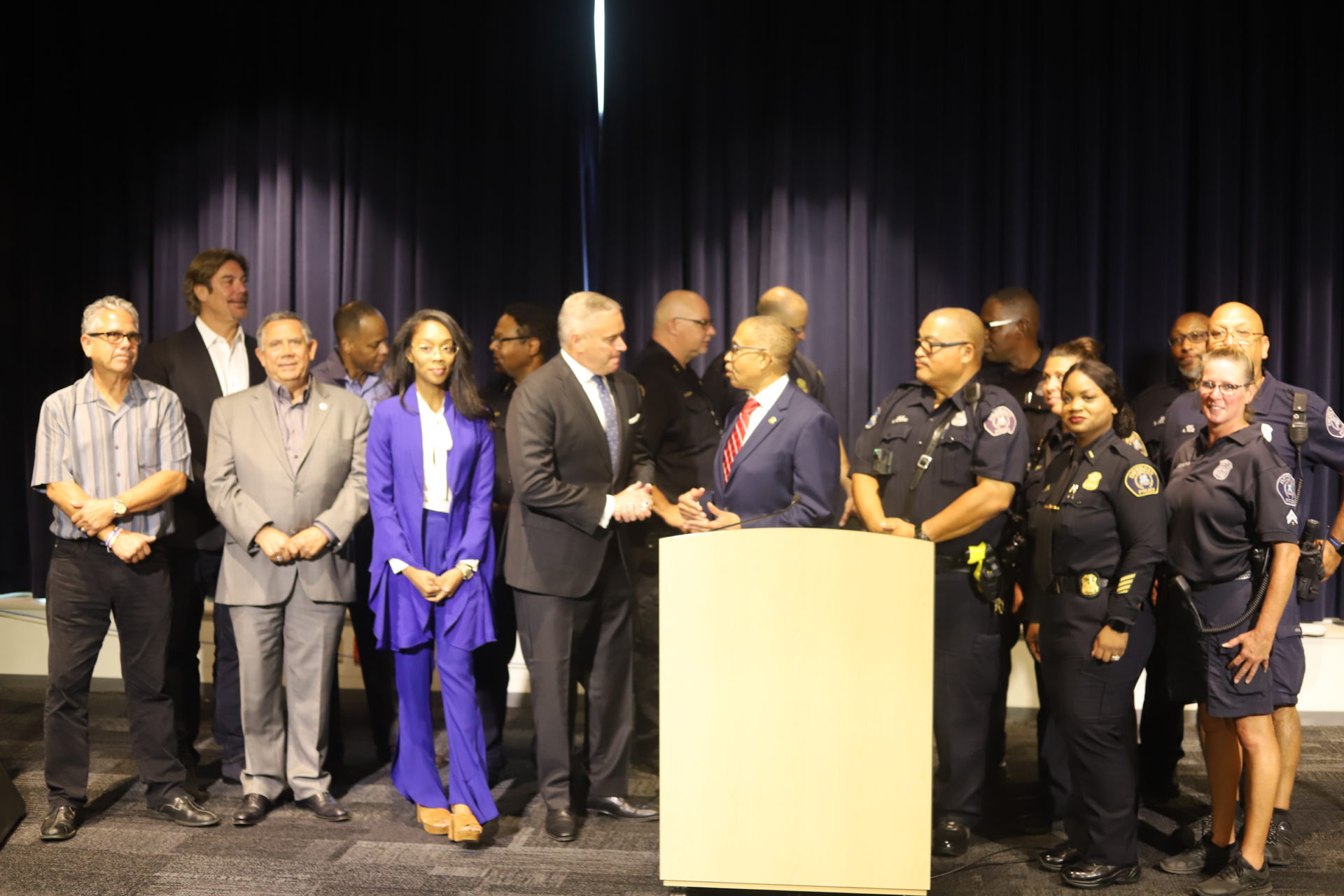 When you get a phone alert in the car, you feel compelled to look.

But if you are behind the wheel and check the text, the results could be deadly. Just ask the brother of Mitchel Kiefer.

“He was the one kid that everyone would call their best friend,” said Blake Kiefer, his brother.

Two and a half years ago, Blake Kiefer got a call from his dad.

Mitchell was 18, a freshman at Michigan State University, heading to campus when he was rear-ended by a distracted driver – sending his car into oncoming traffic, killing him instantly.

“It doesn’t get any easier,” said Steve Kiefer, his father. “It’s the hardest thing that a parent could ever go through.”

The Kiefer family is not alone, not by a long shot. Each day in the United States 10 people die due to distracted driving.

“I can’t imagine that today there are 10 more people going through what me and my family have gone through.”

Which is why Steve Kiefer is standing alongside police officers instead of celebrating what would have been Mitchel’s 21st birthday.

“We have decided as a family to try to do something in Mitchel’s memory to basically change the world,” Steve said.

That something is to make Michigan the 17th state to go hands-free behind the wheel by law.  They already have the support of Gov. Gretchen Whitmer who called on lawmakers to act during her state of the state address.